All I can say is that I took too many pictures. The only explanation that I have is that even though it was only a 10 mile paddling trip, I was mesmerized with the fact that such a beautiful and scenic river was just a small ride in the car away from where I live. It made me very happy that God has allowed us to live here even though we have had some tough times here. It also made me so thankful that God created so many beautiful and varying biospheres on this awesome planet. I am so excited that one day Ford and I will be able to take trips like this as often as possible. 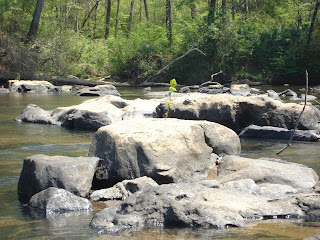 A small sweet gum sapling growing in the middle of the river on a rock. I love seeing the affects of seed dispersal, but that maybe the Biology teacher in me. 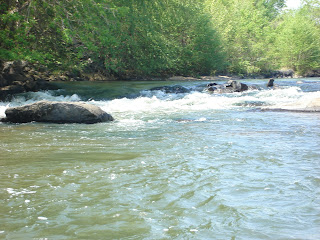 The worst of the drops in the second to last of the shoals. It doesn't look like much, but there was at least a one foot drop, which is a lot in a canoe. It was very exciting or at least I thought so. 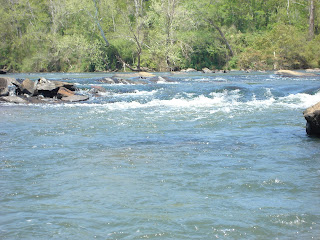 The last of the shoals. I was sad to see them go, but I look forward to getting to make my way through them in the coming future. 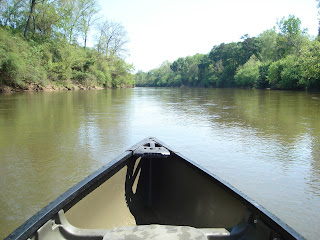 The bow of the trusty canoe as it finds the wide and slow Ocmulgee after braving nine shoals. 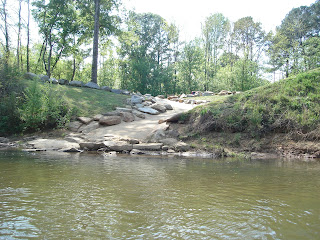 The canoe launch at Amerson Water Works Park. My plan was to canoe the full distance from Pope's Ferry to downtown Macon, but by the time I made it this far, I was burnt and my rations and blood sugar were running low, so the call was made to Mel to come pick up her hubby. 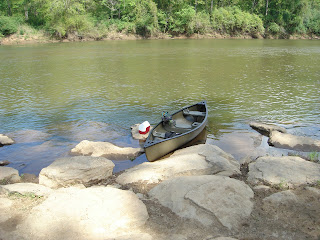 I rested for about 15 minutes at the canoe launch at AWWP before I pushed off and made my way down another 30 minutes to finish off my little journey. 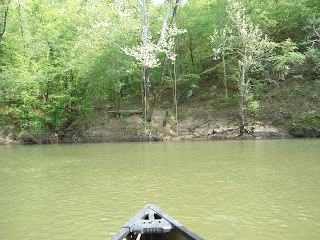 The trip from the north end of AWWP to the south end of the park is very scenic and a great short (25 min) little trip. There are many places to stop and swim and several tree swings that people have set up on the banks that are fun to try out. 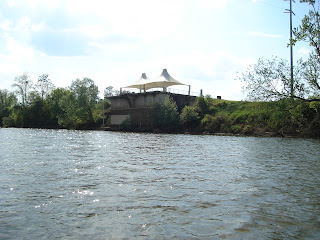 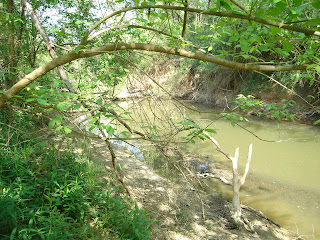 The little canal that I paddled through to finish my trip. 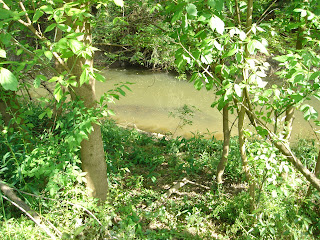 The bank and trees that I pulled my canoe through to load it into the car. It wasn't really that hard, but tougher that I thought it would be and made me marvel at the thought of transporting or porting my canoe any large distance like Lewis & Clark did. 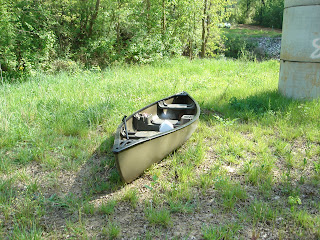 The trusty vessel after its first real trip. It did very well and did surprisingly well in the shoals. The only part that was tough was that I had to sit in the middle of the boat in order to balance it and it made it a little more difficult to paddle from that position.

Thanks for reading and I hope you try the trip out. It is a great way to spend a day.

David
Fitzgerald, GA, United States
Thanks for stopping by my blog. My name is David and I live in Fitzgerald, Georgia. I am married to my own, sweet Melissa and have been for almost 9 years. We have one child, Ford Hendley, who is almost three years old. We also have two, very bad and good dogs named Jack and Lady. I am a Christian, a husband, a teacher, a son, a runner, an unracer of a cyclist, an outdoorsman of sorts, and an amateur reader and writer.

My Current Personal Bests in Running